Here is the story behind this illustration…

My good friend Danny approached me one day with the opportunity to illustrate the next album cover for Jeru the Damaja – “The Sun Rises In The East”. Danny said he wanted to combine an illustration with his photo of Jeru for the cover. So I began to listen to the tracks on the album and one set of lyrics stood out to me from the track called “Come Clean”.  The lyrics were “Don’t provoke the wrath of this rhyme inventor, Cause I blow up spots like the World Trade Center”.

I felt those lyrics depicted a very strong visual and began sketching ideas for how to interpret those lyrics.

So I came up with the idea of an apocalyptic New York City in which the World Trade Center was on fire along with the South Street Seaport, the Brooklyn Bridge was collapsed and the Statue of Liberty was floating in the East River.

I showed Danny the concept and he showed it to Jeru and his team gave us the green light to make the painting. And the rest as they say “is history”.

Click logo for Sotheby’s The Art and Influence of Hip Hop Auction. 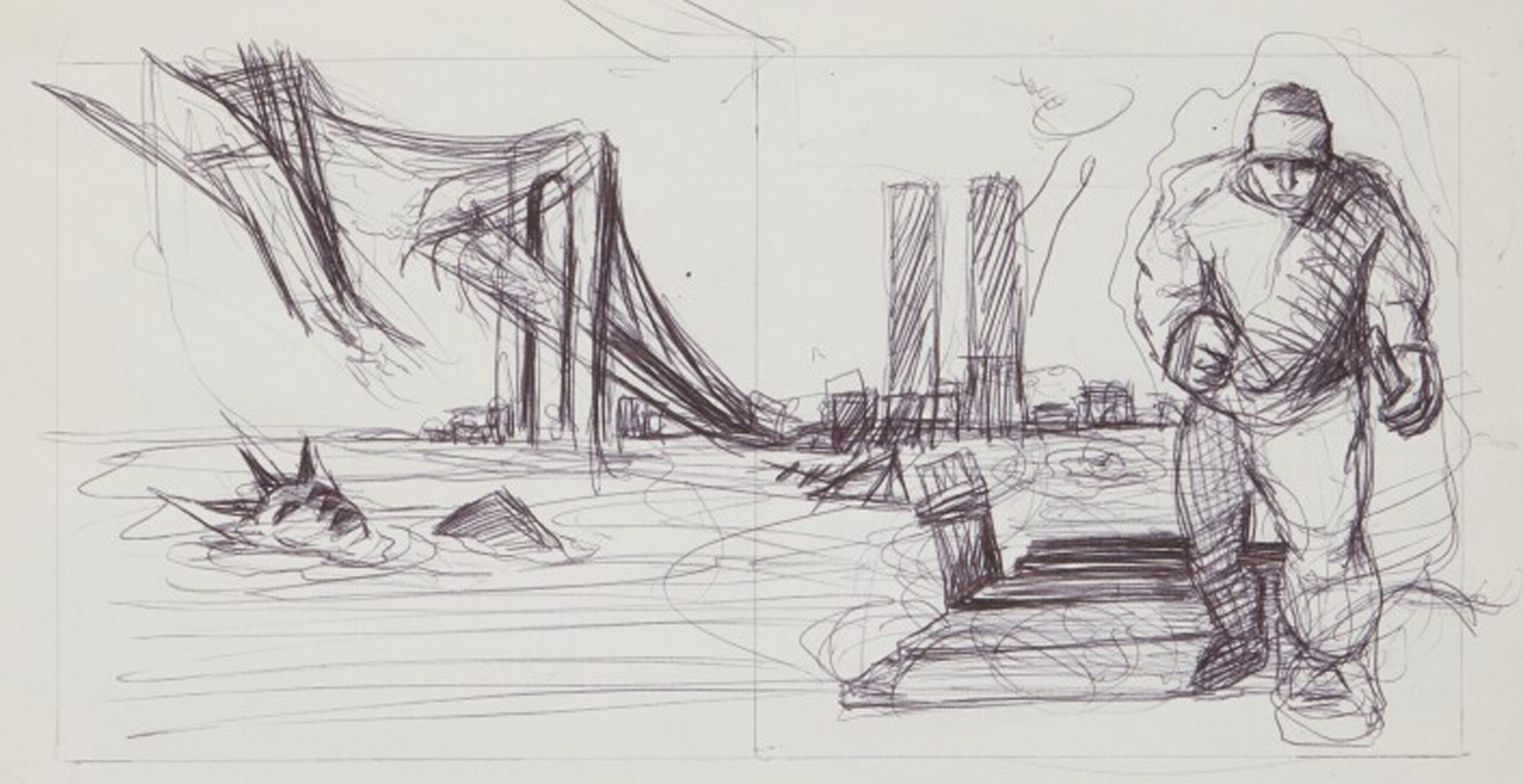